When it comes to video-gaming, the works of no one developer is quite able to compare avant-garde genius of Hidetaka Seuhiro, a Japanese developer also known by the pseudonym SWERY.

Most well known for his gloriously abstract surreal survival horror mystery Deadly Premonition which, despite perplexing reviewers to the point it even won a Guinness World Record, has gained a sizeable cult following. Despite my love of his sillier titles I find the lesser known The MISSING: J.J. Macfield and the Island of Memories to be his very best work yet.

A beautiful and poignant exploration into physiological trauma and struggles with personal identity The MISSING cemented my admiration for SWERY. To be able to cohesively create both the single funniest game I had ever played with Deadly Premonition and yet also The MISSING, which  had me crying for hours well after the credits had rolled, demonstrates a sheer versatility that is characteristic of true genius.

I cannot name a single SWERY game that has not been excellent in its own right. As such, I was simply overjoyed when I heard the news that he had successfully crowd-funded a new title, The Good Life, in May of last year. 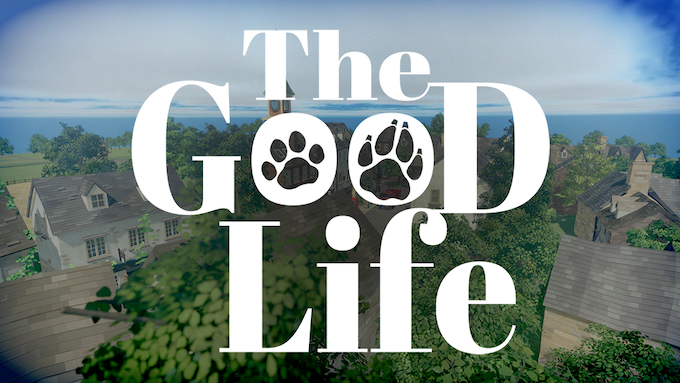 The Good Life is a third-person heavily stylised RPG that centres around the character of Naomi. In a state of crippling debt, it is her desire to repay this debt that forces Naomi to abandon her snug life as a journalist in New York and move to the fictional English village of Backwoods.

It quickly becomes apparent however that Backwoods, like any rural English village, houses some dark secrets. This includes a gruesome murder which the player must solve and the fact that once a month at the stroke of midnight, everyone in the village inexplicably transforms into a household pet. Yes, really. The Good Life is certainly unmistakably a SWERY game.

Boasting free roaming around a beautifully stylised and, by the looks of it, uncannily accurate village full of unique and charming characters to talk to in addition to a plethora of side activities to pass the time with The Good Life looks to will certainly provide a great deal of things to do.

The game has also benefited in-depth updates published every month since the game was funded and a stream of titbits including character concept art and details of new gameplay additions constantly flowing out of SWERY’s own Twitter posts it is a rare example of an excellently managed Kickstarter project.

Currently available for pre-order, I find The Good Life one of the most exciting and unique concepts to come out of the games industry in certainly the last decade and now, hopefully, you do too.